I'm sure some people have been wondering why there's been no content here in a couple of weeks. That's because we moved! You can now find The Meltdown, Music Reviews, Music News, and more over at www.themeltdownmusic.com . I appreciate all your support throughout the years and look forward to much more over on the new site!

Patton
Posted by Patton at 9:46 PM No comments: 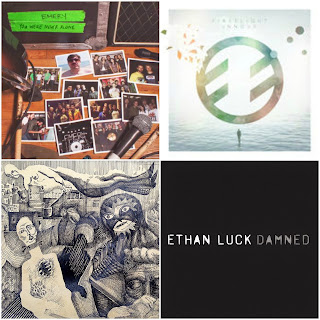 New music from Emery, mewithoutYou, Fireflight, Ethan Luck, Lexi Elisha, and more.
Posted by Patton at 8:16 AM No comments: 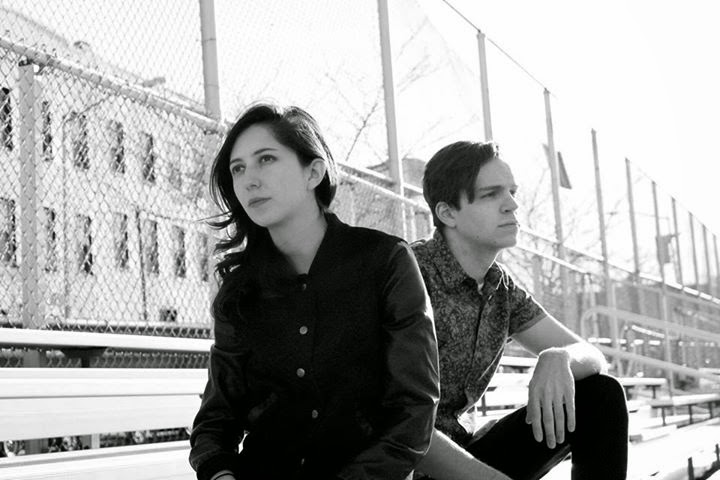 Velvet Blue Music has announced the addition of NYC based Soda Shop to the label. The band will release a new single, Keep Swimming, on August 4th and the band's self-titled full-length debut will hit shelves and digital outlets on September 8th. You can read their bio below.

"The NYC based Soda Shop began as the duo of Drew Driver and Maria Usbeck. “I had some demos and a band name, but I couldn’t find the right person to sing on them.” Drew recalls. “Fate led me to Maria. We met at a crowded Summer Air France DJ show and talked about music I was making.  I invited her to listen to the demos and things immediately clicked!”  Both NY transplants, Drew from Ohio and Maria from Ecuador, the two bonded over a shared experience of starting over in an exciting, transient city.  When they discovered they lived a brisk ten minute walk from one another, their friendship solidified . They began writing songs immediately.  Though neither of them is new to music–Maria fronted the buzz band Selebrities, while Drew had been moonlighting as the guitar player for The Drums–they were impassioned by the sounds they were creating together.

——–
Soda Shop released a single which quickly appeared on UK’s BBC 6 and Sweden’s P3 Pop. Recently they began playing live shows, enlisting bassist Ed Chittenden and drummer Derek Lucci.  They also began recording their first full length record at their home studio. An obsession with nostalgia-induced perfection is evident on the result: 8 tracks that push the limits of simplicity and minimalism.  Mixed by Jorge Elbrecht (Ariel Pink), the record worships clean guitar tones, driving bass lines and uptempo beats, a la early Smiths records.
———
Maria’s voice adds an airy-ness to the melodies, furthering a early 4AD vibe.  She sounds confident and playful which magnifies the breezy fluidity of the music and belies the melancholy feelings just underneath.  Her honest delivery of such lines as “Please tell me you don’t love her” in “Fence” or “She seems to be the one who’s there, I’m not, I’m not, I’m not around” in “Longing” immediately make you feel for her.  You want her to succeed in her love, but you also feel the desperation of knowing it will never work out.  Luckily, the only thing that rivals Maria’s relatable love-sick struggles is the undeniable catchiness of the songs themselves.  The only truly depressing thing about Soda Shop’s new record is when it ends."
Posted by Patton at 7:48 AM No comments: 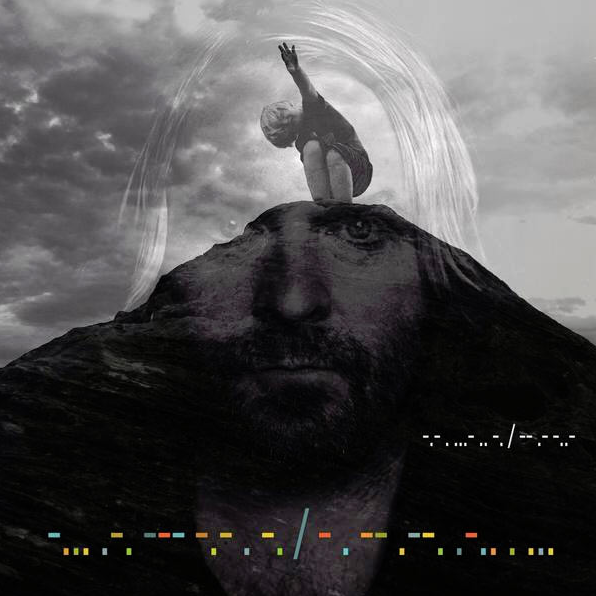 Whatever you might say about Kevin Max, you can't question the guys artistic integrity. After  brief stint fronting Audio Adrenaline, Max left over the creative direction of the band. Not content playing worship music for a steady paycheck, Max chose to go back out on his own.

Musically, you might not find much different between Audio Adrenaline's return and Broken Temple. Obviously, I attribute most of that to Max's unique and unmistakable vocal style. But it is quite a departure from the gutsy Cotes d'Armor (Max's 2010 solo full-length). Not just musically but lyrically as well. It might be Max's safest album laically since he parted with DC Talk. Which makes sense. Kevin said when he joined Audio A that he wanted to show he wasn't the "bad boy of christian rock" that he had been painted to be. While the lyrics might be "safe", Kevin's decision to leave Audio A shows his integrity as an artist and it isn't like Broken Temples is a worship album.

There's nothing wrong with Broken Temples. But it sounds like records we've heard from Max before. The songs are good. Upbeat and fun with meaningful lyrics. Good King's Highway is more fun than anything that was on the Audio Adrenaline comeback record. Light Me Up is another danceable track. Just As I Am feels like a nod to Max's love for the Beach Boy's Pet Sounds. Clear is a little moodier and introspective musically. Very new wave. Max stated he wanted to do something similar to Coldplay and that showcases itself on When We Were Young and That Was Then, This Is Now. White Horse isn't new wave, but it's another nod to Max's love for 80's music.

I really like and enjoy the songs on Broken Temples. The problem is, it doesn't feel new. And it doesn't have to. But because there's no pushing the envelope lyrically, it feels like something is lacking. So we're left with just a good record. A really good and enjoyable record. But it just doesn't have something that takes it to that next level. Maybe the record will grow on me more with time. Because I like the songs enough to keep listening. 4 out of 5 Stars.
Posted by Patton at 5:14 PM No comments: 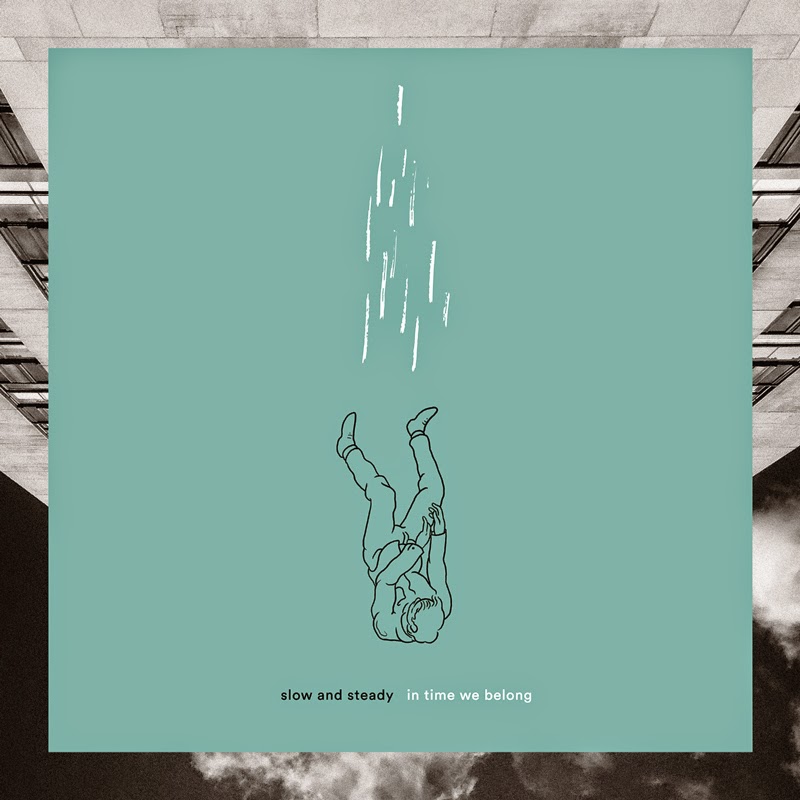 Broken Circles is thrilled to announce the debut full-length album from Slow And Steady. In Time We Belong will be out officially August 14, 2015. Stay tuned for more details, song premieres and vinyl pre-orders! 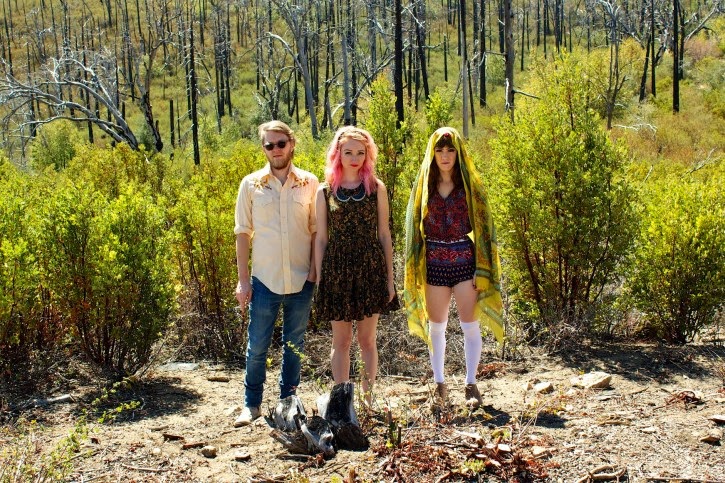 When I spoke with Jeff Cloud in February, he said he had big news in the works for Velvet Blue Music in 2015. Well the first of those announcements was made late last week when the label announced the signing of Soft Lions. 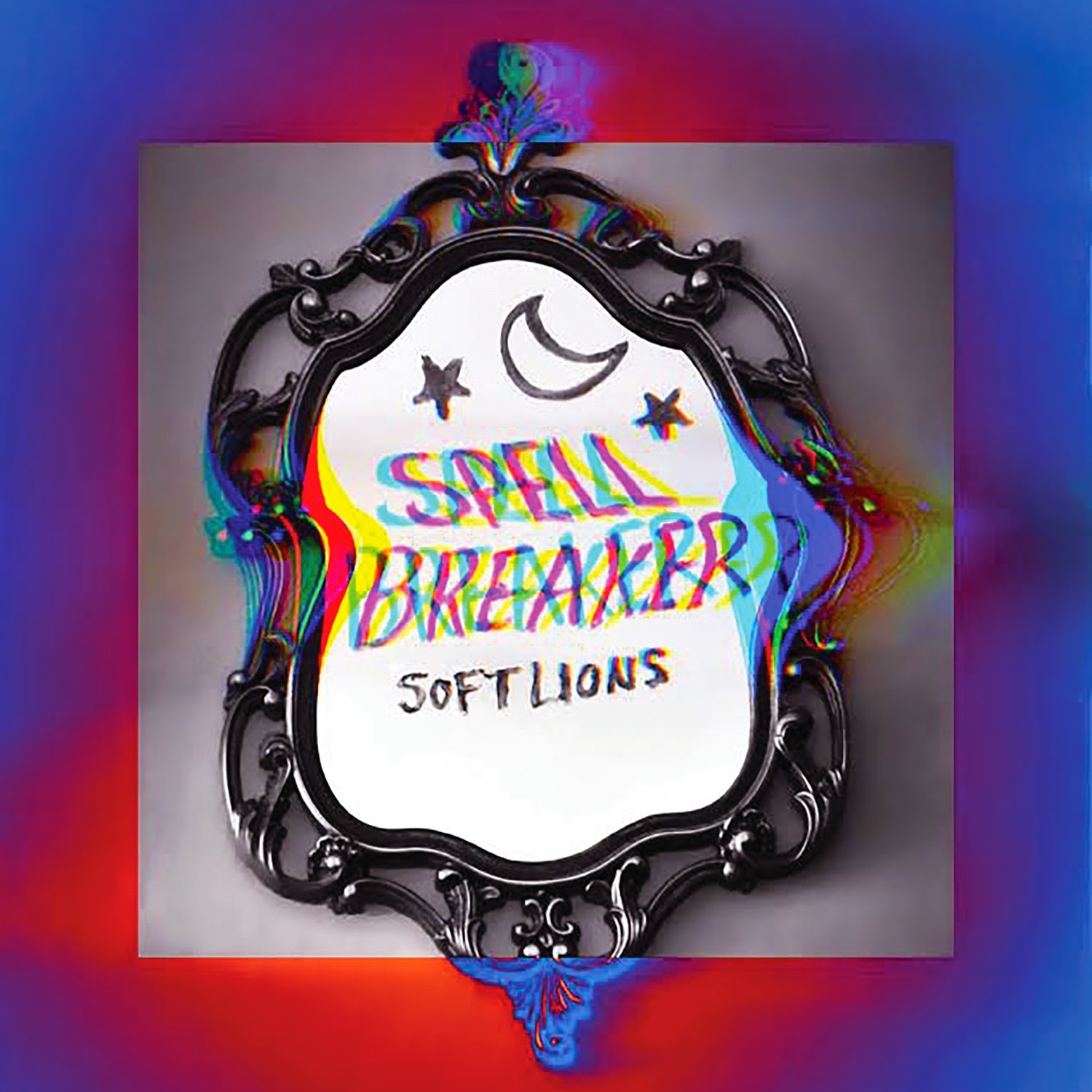 Their label debut, Spellbreaker, will be out on July 7th. (Available on cd, mp3, and vinyl). Below is the band's bio and their video for the song Soft As Lions.


“Every Soft Lions song is basically born out of my diary”, states Megan Liscomb, the shy, rainbow-haired singer / guitarist of the San Diego trio Soft Lions.  Liscomb’s songs evoke heartfelt memories, distilling in them a wide range of emotional states and colors.  To make the music come to life she sought out Lex Pratt to help with vocal duties.  Pratt replaces the traditional bass player with her percussive, psychedelic style on keys.  Jon Bonser serves as the backbone on drums.
The band crafts songs that are a blur of decades, mixing the sound of 60’s San Francisco pop with noisy garage-guitar driven tracks, lending the songs a definitive west coast vibe.  Liscomb’s songwriting is angular and interesting without losing any of the big sing-along melodies you want to hear.  Soft Lions have cut their teeth like any new band should : by playing a bunch of local shows and sharing the stage with numerous national acts.  They also made an appearance at this years’s SXSW festival.
On their new EP Spellbreaker, Soft Lions dive into dark, confessional material.  The high spirited title track as well as ‘Waitress’ showcase the band’s gritty rock potential.  The EP concludes with the ultra-tender ‘Phantom,’ a ballad about coming to grips with one’s past.  When Liscomb’s wounds are healed so are ours.  The overall sound of Spellbreaker draws on a broad range of inspirations, including retro surf licks, Sonic Youth records, and the vintage film Breakfast at Tiffany’s, creating a moody, groovy atmosphere.  The 4 tracks function as a narrative that looks back on the loss of adolescence and realizes how the end of destructive relationships can lead to the beginning of a new, happier life.  In just 16 minutes, Soft Lions prove they are deserving of attention.  We hope you’ll agree !
Posted by Patton at 11:23 AM No comments:

Red - Of Beauty And Rage 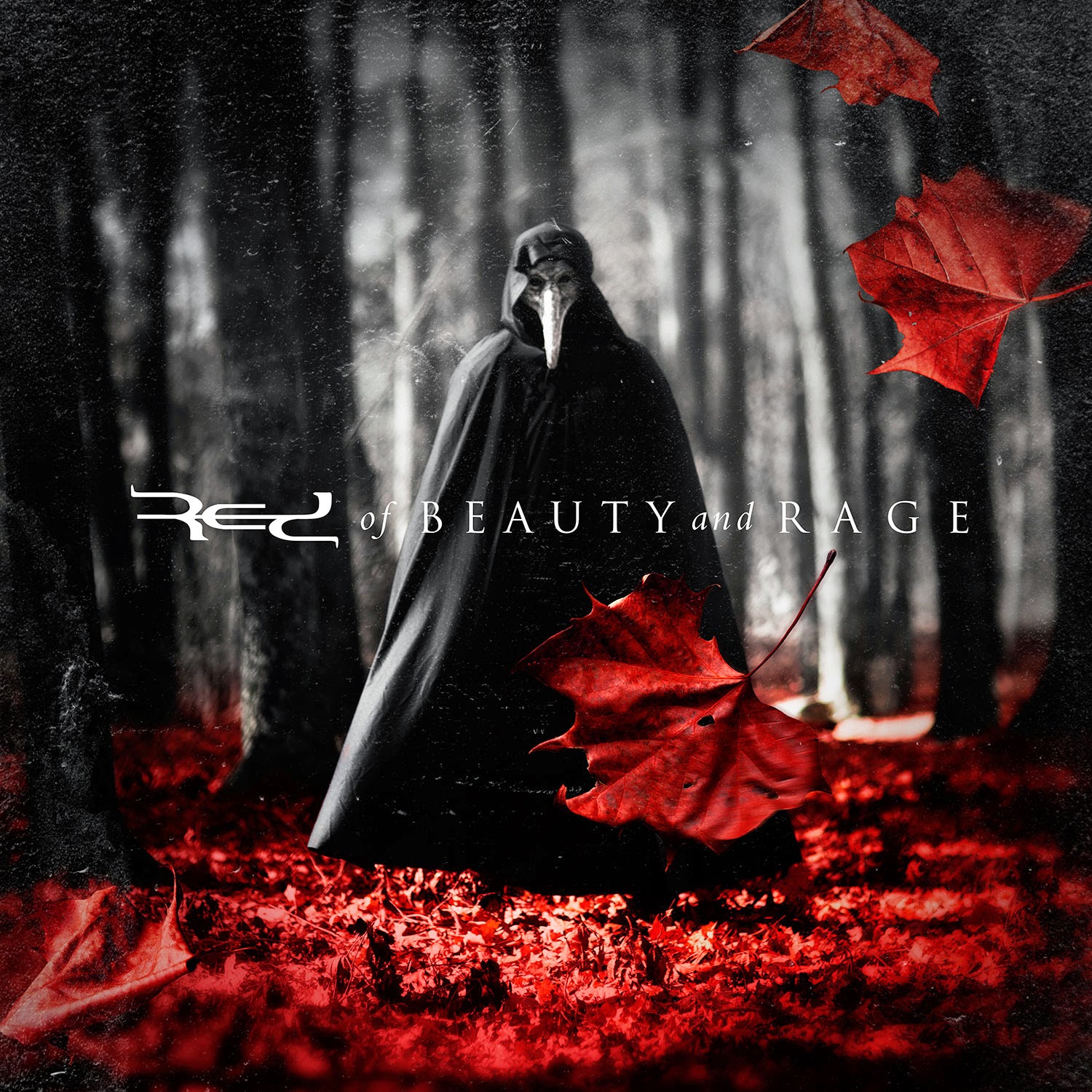 Radio rock is a tiresome genre stuck in a loop of mediocrity and songs that all sound like the same band. That doesn't mean there aren't bands who do it better than others, and it doesn't mean you can't bend the mold. Sure, it should be break the mold but Red doesn't break it. Instead they work within the confines of the mold and push against the mold and bend things just enough to make it interesting.

Red decided that the industrial/new wave elements from Release the Panic weren't going to carry over. Which is fine. As much as I enjoyed the fun of Release the Panic, that record didn't really move me.

But the band's not done experimenting with their sound. Of Beauty And Rage sees the band ratcheting up their sound by adding full orchestration to their hard rock vibe. Not sprinkled in, but running through each and every track. It's a part of the records DNA. On top of that, vocalist Michael Barnes adds to the intensity by bringing more screaming into his vocals. Those two factors create an intenser experience then any I've previously heard from thebans.

Honestly, it takes a couple of songs before I find myself connecting with Of Beauty And Rage. Descent is a bit of a throwaway intro. Especially since Imposter has it's own extended intro. Imposter has it's ups and downs. It's very cinematic in composition and vibe. But that movie score movement tends to take away some of the songs natural ebb and flow. The pre-chorus builds but dies to a melodic chorus. It's not that I hate the singing on the chorus. It's the music that creates a battling dynamic. On the flip side, it is the orchestration combined with Barnes' vocal that create this over the top operatic sound that feels weird on the chorus of Shadow and Soul.

Darkest Part feels somewhat like an Evanessence song. Which I don't hate. I actually love the movement and interplay of the strings and Barnes vocals. Fight to Forget goes back to creating an arrangement that makes the chorus seem out of place. I appreciate that the band is taking risks and not giving us standard hard rock arrangements of songs, but it just doesn't appeal to me aesthetically. The opening strings on Of These Chains are moving and beautiful.  It feels like a turning point in the score. The song is simple and offers a much needed respite from the over arranged tracks.

By the time we get to Yours Again, Red seems to get back to just being Red. The arrangements a little simpler and I enjoyed the songs a lot more.

Like I've said a thousand times, I have nothing but the utmost respect and admiration for bands trying to step out of the box and do new things. And honestly, I like Of Beauty and Rage more my first listen through then I did my fourth and fifth listens. So take that for whatever you will. Another solid hard rock record. 3.5 out of 5 Stars.
Posted by Patton at 3:45 PM No comments: